The game is afoot! Unless you were hiding under your mother’s skirt for the past week, you’ll have heard rumblings about certain political maneuverings culminating with an Emergency (Darurat) declaration. Our beloved PM has met with YDPA to present his intentions. YDPA is meeting the Malay Rulers to decide on the next course of action.

The stock market is likely to go on a decline. We know that from the previous days. Investors hate uncertainty and political turmoil and they’ve angrily made their displeasure known by mashing the SELL button.

As of now, we have no visibility on the decision yet. Emergency powers may be given to our PM, or it may not. Anwar or Ku Li may be tapped to lead the country in the case of a no-confidence vote, or they may not. There is talk that a gentlemen’s agreement is being proposed to avoid the situations above, particularly the need for a general election, which would likely result in an increase in COVID-19 cases – a situation no one wants.

There is too much uncertainty for investors to make a trading call. Even if an emergency is declared, some counters may not be affected. A few stocks may even go up!

In times of fear and uncertainty, I am reminded of the time I chased the prettiest girl in my high school. She had no lack of suitors and guys were constantly vying for her attention. The situation on the (school) ground was very fluid – one suitor could be in favor one day and fall out of favor the next. Limpeh had to make a decision of the utmost importance. Do I throw my hat into the ring?

She seemed like a great catch – tall and fair with delicate features. At the time, I thought if I didn’t get her, I’ll never find someone as good again. I’m sure many of her suitors thought the same. Fast forward 20 years and she’s now a spent figure addicted to meth, funding her habit with paid dalliances with strangers.

Moral of the story is, stocks which look good right now may not always be profitable in your portfolio. Don’t succumb to FOMO and chase the stock market as there will always be ebbs and flows in Bursa. The stock market will not constantly rise and leave you in the dust. There will be many instances where it retraces, giving you an opportunity to enter.

Don’t always yield to the need to trade, especially during times of uncertainty. There’s no shame in sitting out the volatility, especially when you don’t know for certain which way it’ll go. This is something that I’ve been practicing myself – I have yet to master it but I’m working on it.

Political drama and the stock market

How to Goreng Stocks (with sample recipe and real-world example) 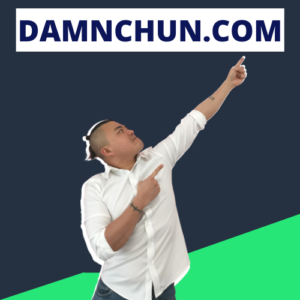